For thousands of years, head lice have been one of our largest hair-related burdens. These pesky creatures have evolved in tandem with our societies to such an extent that they are exclusively found amongst human communities. We can distinguish between three types of lice that affect people: body louse, pubic louse, and head louse. Out of these, the latter is the one that causes the most damage because it spreads extremely fast.

An itchy scalp is the most recognized and typical symptom of head lice. And with good reason. This sign tends to the first complaint amongst people who suffer from head lice. Many people believe that an itchy scalp is due to the head lice living in our heads, but this is a common misconception. The itchiness is a result of an allergic reaction caused by louse saliva. Even though itchiness is very common, it usually only appears a few weeks after the initial infestation. In some cases, there may not even be any itching because the host may not be allergic to the saliva. 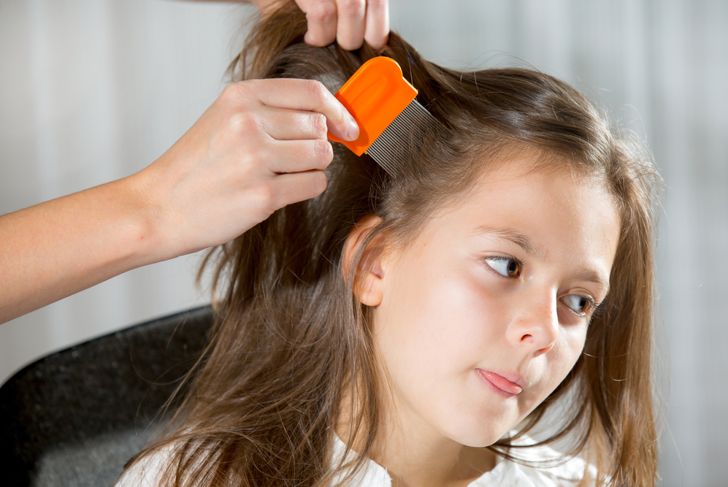 One of the most unpleasant symptoms caused by the presence of these creepy crawlers is, well, a sense of something crawling in our head. Younger people are especially prone to feeling something move around their scalp. The louse and their movement on top of our scalp and the surrounding area cause this feeling. As with the first symptom we mentioned, this sign often appears a few weeks after the initial infestation. This is because at first, the lice are stationary, and only begin movement afterward. If your child complains of a feeling of something on their head, he or she may have lice. 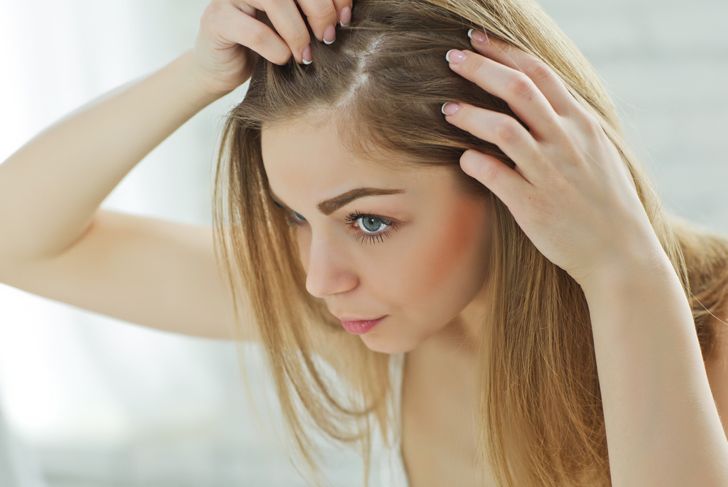 Although fevers and swollen lymph nodes are more likely to be associated with conditions such as the flu or infection, they are a common symptom of lice. Once again, fevers resulting from a lice infestation aren’t caused by lice themselves, but rather their saliva and the resulting reaction by the body. In any case, the presence of swollen lymph nodes signifies a serious problem that should get checked out by your doctor. It’s also good to know that not everyone develops a fever from a lice infestation. If you’re not allergic to the louse saliva, your body won’t trigger a fever. 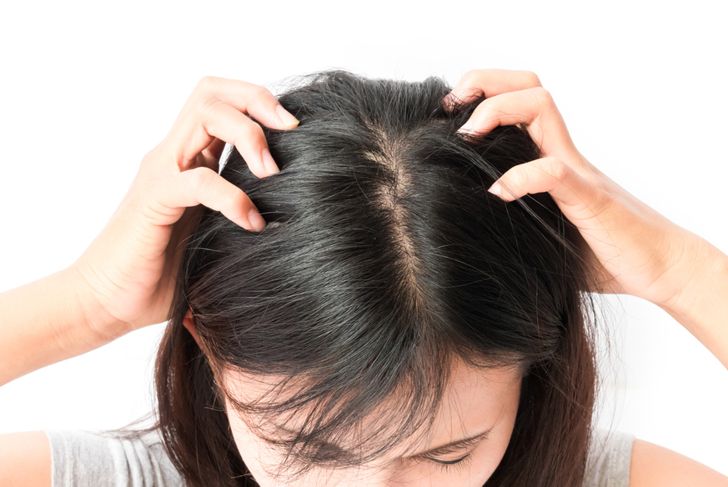 One of the most common misconceptions upheld by modern society is that lice fly or jump. This couldn’t be further from the truth. Lice can only spread by proximity or by sharing same sanitary objects, such as a hairbrush or a hair pin. Neither do lice swim; so being in a pool with an infected individual doesn’t automatically mean that you might also have lice. On a practical level, if one of your family members has been infected, your chances of getting lice multiply tenfold. Of course, this applies only to family members who live in the same house. 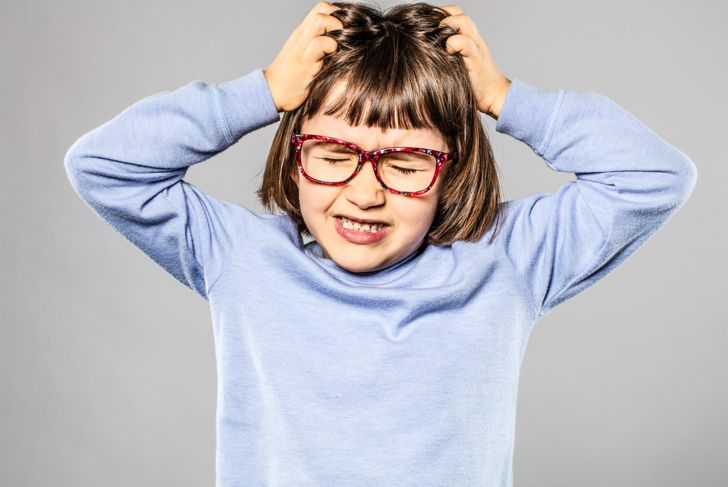 Irritation of the Scalp

Lice are hungry creatures, and their hunger’s hard to satisfy. That’s why they’re almost on a permanent mission to grow and consume. Sweat, blood and dead skin cells are just some of the many delicacies that head lice like to munch on. As a result, irritation to the scalp and surrounding area is a common symptom of head lice. To make matters worse, scratching on the surface of the scalp will only make the area more inflamed and irritated. You may experience bleeding, and even in some cases, an infection may develop. Irritation may also occur on the ear. 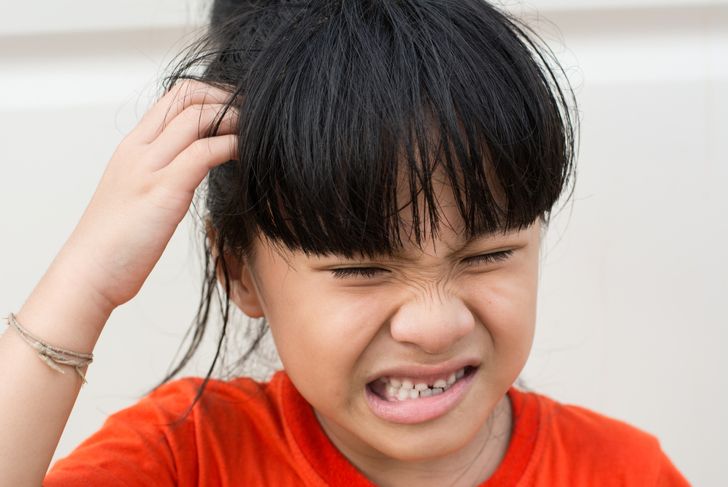 Lice are nocturnal feeders, meaning that nighttime is their most active period. This is when they are most likely to feed on dead skin cells as well as lay eggs. The resulting activity makes it difficult to get sleep because the patient is often tormented by constant itchiness and desire to scratch their scalp. A burning feeling or a biting feeling may also be experienced, which further contribute to sleeplessness. Smaller children especially like to be affected by this, because their scalps are more sensible. They’re also more prone to getting lice in the first place. 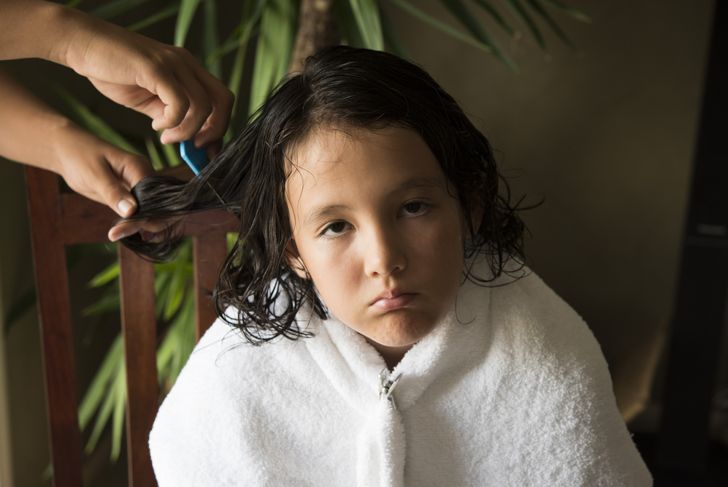 People with lice infestations are likely to be irritable, or they may seem unpleasant at times. This is because the long-term itchiness and irritation caused by lice also have a negative consequence on their emotional stability. Sleep deprivation is another factor that contributes to irritableness and can make going to work or school a difficult task. Concentration for extended periods of time is also likely to be difficult. One of the first signs parents notices about their child if they get an infection is a change in their mood. Coupled with an itchy scalp, the culprit is usually a lice infection.

Related:
Lithium Orotate: Is It Safe? 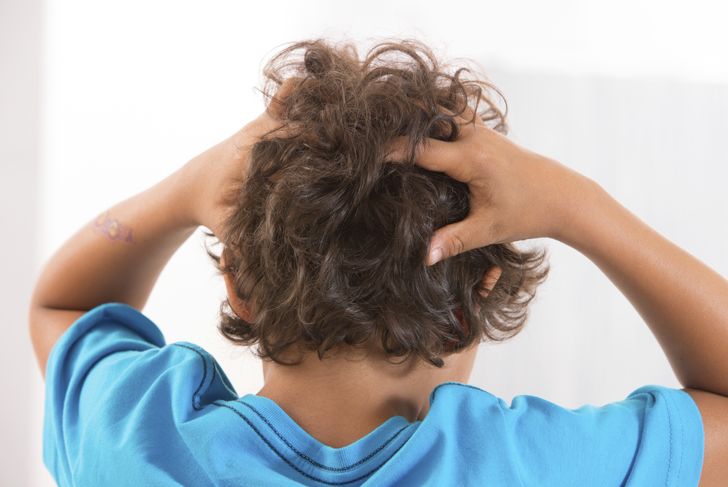 Lice have a tendency to spread quickly among the younger demographic. This is because they are more mobile and spend more time playing outside in often less sanitary conditions. They are also more likely to share items such as hairbrushes. If you receive a notice from your child’s school warning of a lice infection, the risk of your child also having lice increases significantly. However, there are steps you can take to reduce your child’s chances of getting lice. For example, you can purchase anti-lice shampoo containing essential oils. 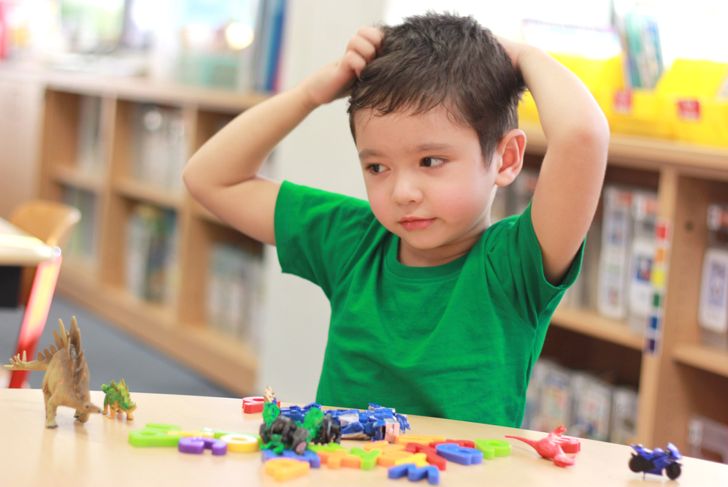 One of the easiest ways to tell if lice have infected you is to look out for lice eggs (nits). They appear whitish-gray and are often confused with dandruff. Regarding size, they are often compared to a grain of sand, which might make spotting them difficult. To determine if you have lice eggs, try brushing your hair. Nice eggs won’t disappear if touched, unlike dandruff, which is easily combed away. What makes lice eggs difficult to remove is the fact that they are attacked at the base of the hair, giving them a protective barrier.

Related:
What are Sinus Arrhythmias? 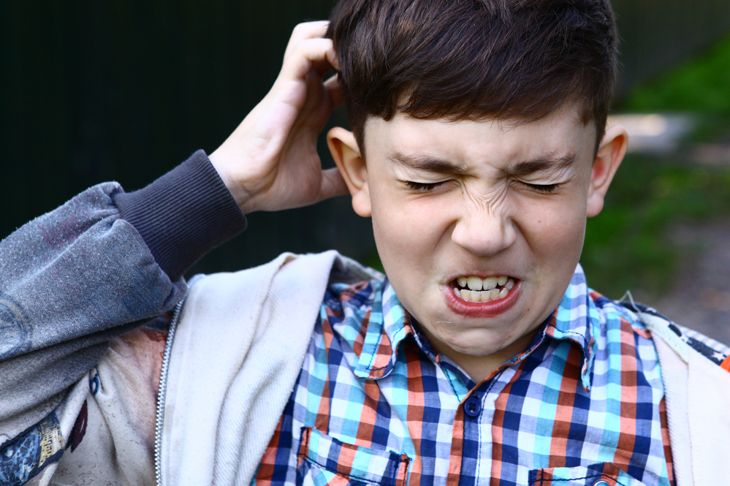 If left untreated, a lice infestation will cause the skin of the scalp to gradually break down. This occurs because as the lice consume the dead skin cells and reproduce, the resulting irritation causes long-lasting damage to the skin of the scalp. As more and more lice appear, the condition of the skin only worsens. In the end, scabs, sores, and crusting of the scalp develop. You may also get infections this way. This is why it’s critical to treat a lice infection as soon as possible, to protect the integrity of your scalp. 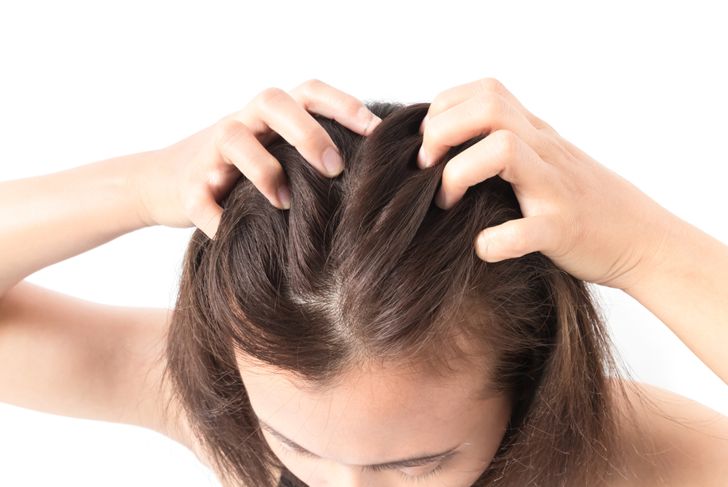