The fizzy fermented tea beverage known as Kombucha has been delighting fans for a number of years now. As its popularity has grown, it has become easier to find in mainstream supermarkets and health food stores, and it now comes in all sorts of forms and flavours ranging from traditional tea to fizzy fruit combinations.

If you’ve never given it a try, there’s no time like the present! And if you’re already a fan, read on because we’re giving you the low-down on this bubbly brew with these 10 interesting facts you should know about kombucha. Don’t be surprised if there’s even a few you’ve never heard of before!

Those who love to look for natural health remedies will love the fact that kombucha is actually a natural antibiotic. This is because of the process of fermentation and its by-products. One of which is acetic acid, which creates a kind of sterile environment which inhibits the growth of unhealthy bacteria.

The probiotics also fight the bad bacteria so whereas pharmaceutical antibiotics kill off all the bacteria in our systems, kombucha leaves the good and kills the bad. No bad bacteria means no infections which equals a healthy, happy immune system! 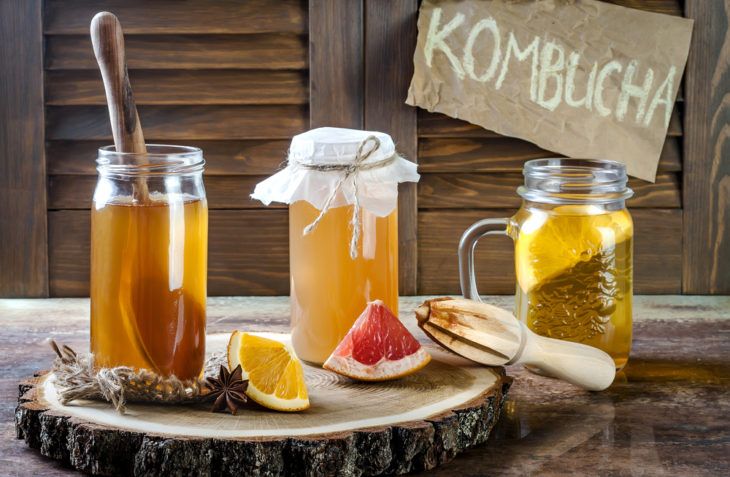 Speaking of those probiotics…kombucha is full of healthy bacteria that do a lot of good for our bodily functions. One of the primary benefits is that these probiotics, yeasts, and enzymes help with digestion by breaking down food for better nutrient absorption.

They also promote growth of healthy gut flora, which help us digest our food better and maintain a healthy PH level. Your gut also gets a break as it doesn’t have to work as hard to break down fermented foods because the bacteria have already done some of the work. 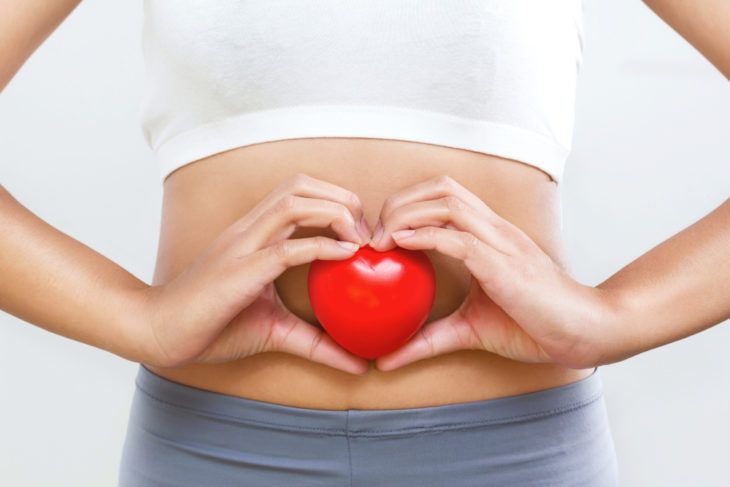 If you’re familiar with the brewing processes of beer, wine, or spirits, you’ll know that fermentation means alcohol. This is because as the yeast organisms break down the sugar, they release two things: carbon dioxide and ethanol (aka: bubbles and booze.)

The level of alcohol is fairly low because the fermentation time isn’t that long and while commercially made kombucha beverages have found ways to reduce their alcohol content in order to comply with sales regulations, if you brew a batch at home there will definitely be some alcohol present. Something to keep in mind for pregnant or nursing mothers. 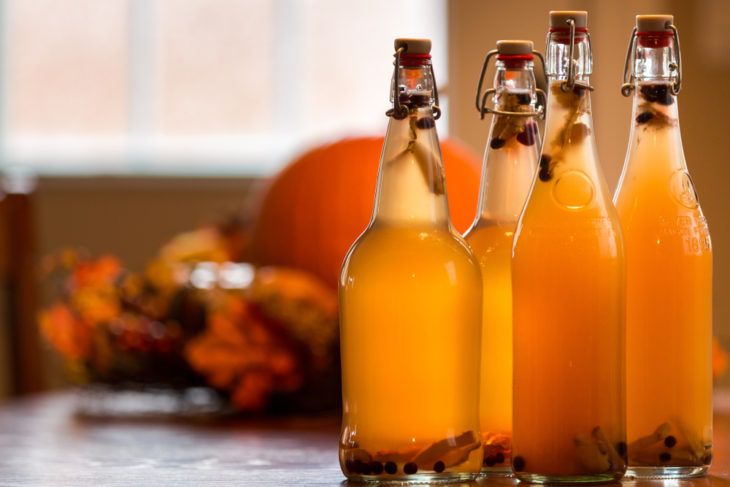 Here’s a fun fact:  Kombucha can be used to make cocktails! Not as the alcohol component, but rather as the mixer. Its sweet, sour, tangy flavor makes it a perfect compliment to your favorite spirit and it can be used to make such creations as a kombucha-rita (blend kombucha with ice, lime juice and tequila), kombucha sour (kombucha, whisky and lemon juice), or a kombucha version of a shandy (that’s half beer and half kombucha.)

Furthermore, when you make your cocktails with kombucha rather than soda, you’re less likely to experience that dreaded hangover! This is because the antioxidants and detoxifying properties help combat the symptoms that lead to that terrible morning after feeling. 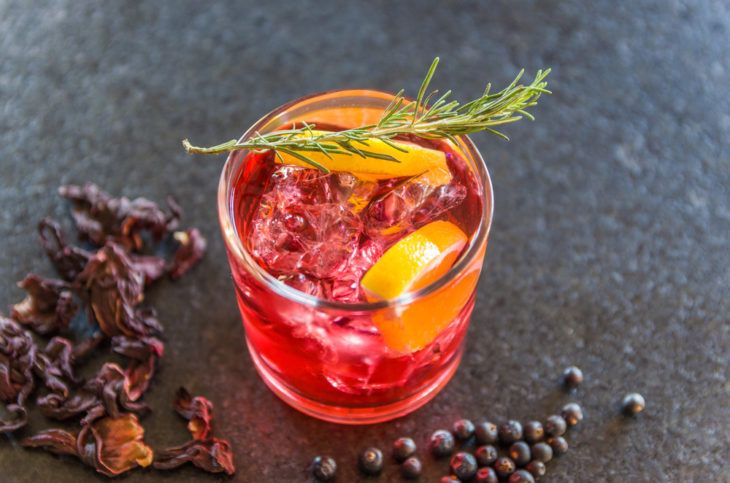 Loaded With B and C Vitamins

In addition to being full of many other good things, kombucha is loaded with Vitamins B and C, both of which are essential for optimum health. Vitamin B helps ease stress levels, curb sugar cravings, lower your risk of heart disease, and help memory functions.

It’s clear that B vitamins are pretty powerful, but those C vitamins present in kombucha have their own set of benefits. Among them are increasing the health of our immune system, reduced risk of cardiovascular disease and playing an important part in eye health. That’s a lot of benefits in one bobby beverage! 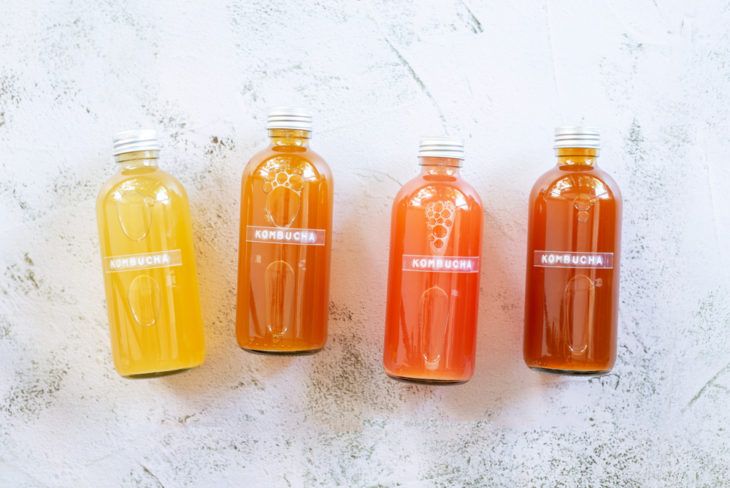 It Can Help With Stomach Issues

We mentioned before in the digestion slide that kombucha is more easily digested. This is because the fermentation has actually helped pre-digest some of the enzymes, which means your pancreas doesn’t need to work as hard or secrete as much digestive fluid.

It also helps achieve a healthy PH balance in the gut and promotes the growth of healthy bacteria. For these reasons, the beverage has been known to help those suffering with stomach issues such as irritable bowel syndrome, Crohn’s disease, celiac disease, and Candida overgrowth. 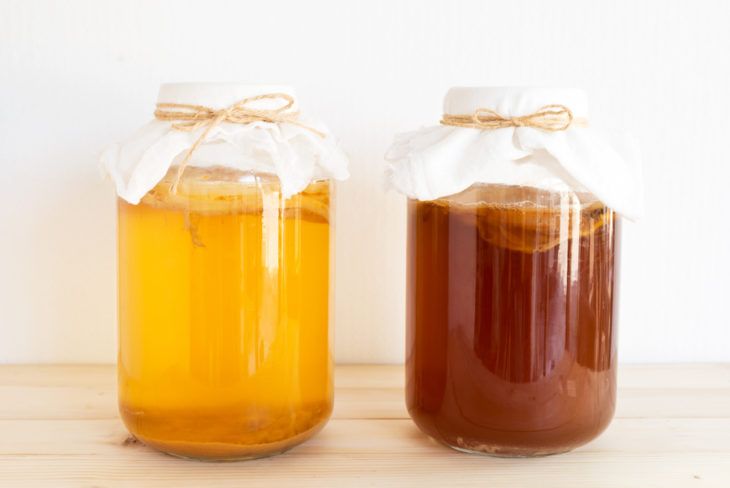 It Strengthens Your Stomach Walls

Another component of kombucha is a substance called Butyric Acid, which is another by-product of the fermentation process.

Butyric Acid is known to have antimicrobial and anti-carcinogenic properties as well as being known to strengthen the walls of your gut, kill parasites and protect against yeast infections. It’s an interesting substance that promotes overall digestive health from the inside out. 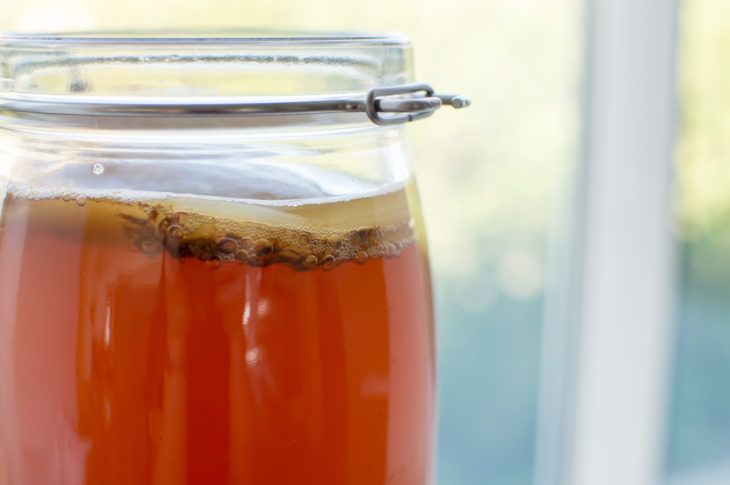 It Helps With Joint Health

You may have heard of the amino sugar called Glucosamine, you may even give it to your elderly pets (or family members) to help with stiff or sore joints. In fact, glucosamine is one of the most common non-vitamin, non-mineral supplements used by adults in the USA today.

Another amazing fact about kombucha is that it contains naturally occurring glucosamine which means this drink can help keep your joints healthy and moving correctly and even prevent against arthritis. This is an especially appealing aspect for athletes who need to keep their bodies in top shape for as long as possible. 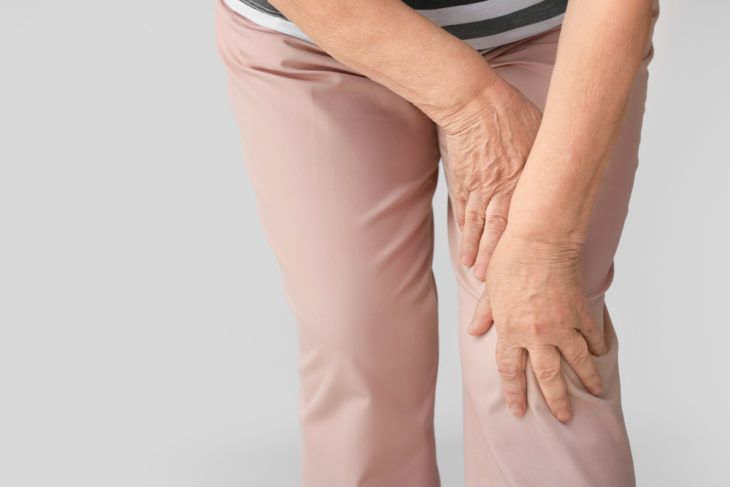 It’s no secret that antioxidants are good for you. They neutralize free radicals in our bodies, which can cause cell damage relating to cardiovascular disease, cancer and other ailments.

The best sources of antioxidants are fruits and vegetables but Kombucha is also full of these hard working little compounds which means that kombucha actually has detoxifying properties, which can help cleanse the liver and prevent cancer. 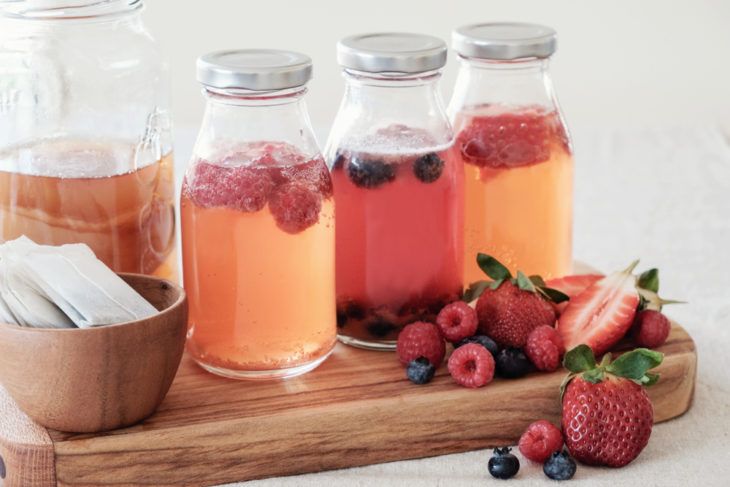 Commercially-produced kombucha is widely available today and can be found in most supermarkets and health food shops. However, it’s actually easy to make your own fizzy kombucha beverage right at home using only a few necessary ingredients.

All you really need is a large clean jar, green or black tea, sugar, water, a wooden spoon, a coffee filter or piece of cloth, a rubber band and a SCOBY (symbiotic culture of bacteria and yeast). This is what’s responsible for the fermentation and production of healthy probiotic bacteria. You can purchase a SCOBY online or ask a friend who already makes their own kombucha. After that it’s as easy as a few simple steps until you’ve got your own homemade kombucha tea beverage.

Related:
Causes of Chapped, Dry Lips and How to Treat Them 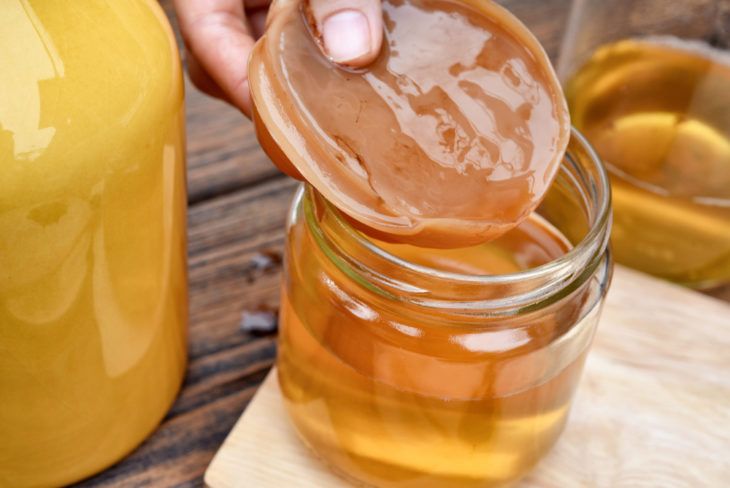