The Spectacular Benefits of Rhubarb

An herbaceous perennial, rhubarb has been enjoyed for its culinary and medicinal properties for thousands of years. In the United States, rhubarb is a fruit, but in much of the world, it’s regarded as a vegetable. Regardless of what you call it, it’s a delicious additive to lots of dishes ranging from pie to cake. Its stalks are the part most commonly enjoyed, particularly in the West. Many people have the mistaken notion that rhubarb is poisonous, but actually, only the leaves are toxic as their high oxalic acid content can cause illness.

Related:
Dermaplaning as an Aesthetic Procedure 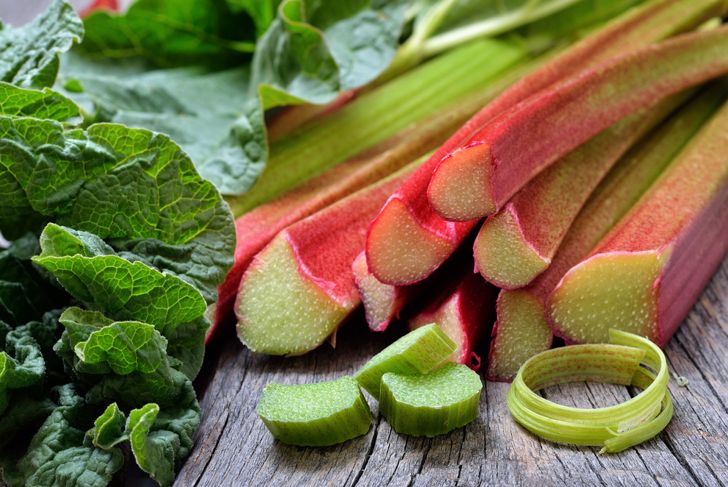 Rhubarb is rich in vitamin K, so it’s no surprise that many brain and neural researchers are pointing to its potential for brain health protection. Vitamin K is integral for optimum brain health. It can stimulate cognitive function and even prevent some neural damage. By protecting neural function, medical researchers believe rhubarb can help prevent diseases like ALS and Alzheimer’s. 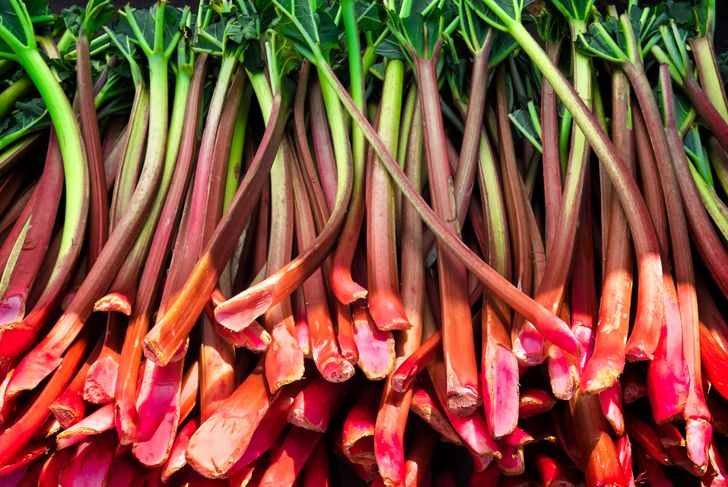 Rhubarb is rich in natural antioxidants, so it’s no surprise why researchers believe it has the power to keep skin looking younger. With its antioxidant composition, it can help prevent cell damage and ward away fine lines and wrinkles that make the skin look older. Additionally, rhubarb features antifungal and antibacterial properties that many folk practitioners have relied upon to treat or prevent some skin infections. The plant’s high vitamin A contents can keep skin appearing younger and longer. 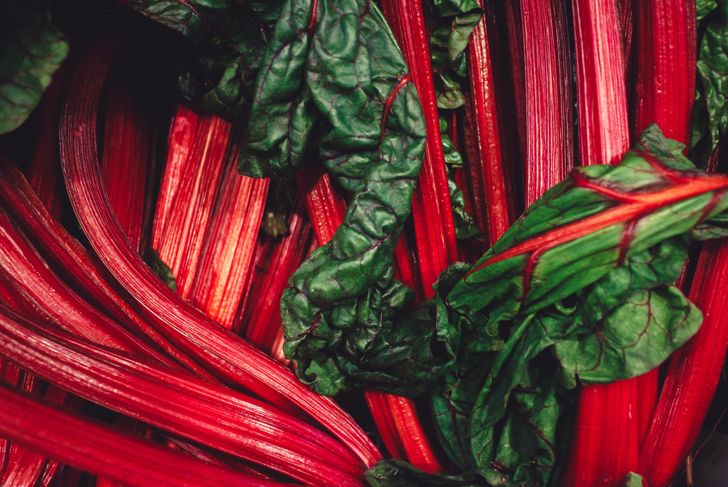 With its inclusion of vitamin K, rhubarb can promote bone growth and tissue repair. Moreover, because it also contains calcium, it makes for powerful bone health support. Some researchers believe that its nutritional properties can guard against the development of osteoporosis. Because vitamin K is associated with optimum bone density, researchers also suggest that it could reduce the risk of fractures. Studies have also shown that a lack of vitamin K is associated with an increased risk for conditions like osteoporosis. 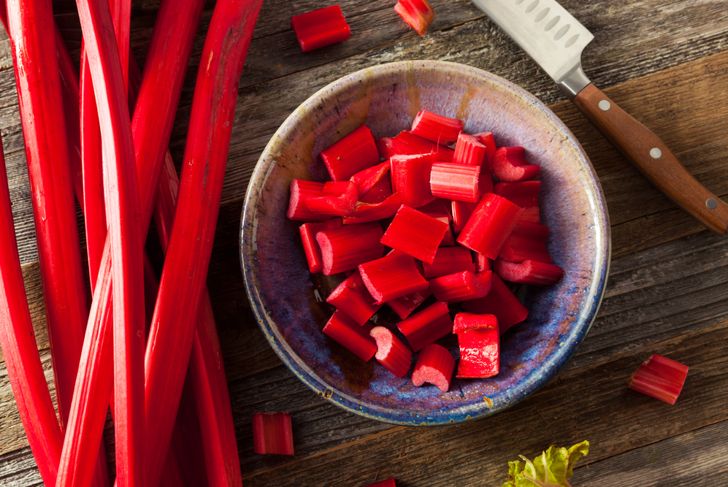 Rhubarb is a good source of dietary fiber, which can keep your digestive tract running smoothly. Long regarded as an effective remedy for constipation, rhubarb and its fiber content promote regularity. Constipation relief isn’t its only help for the digestive tract. Dietary fiber is helpful for staving off other digestive problems that include bloating and cramping. Some people have reported feeling less discomfort from indigestion after eating rhubarb. Rhubarb’s properties can help reduce pain-causing inflammation and also stimulate gastric juices that induce normal muscle contraction for optimum functionality of the digestive tract. 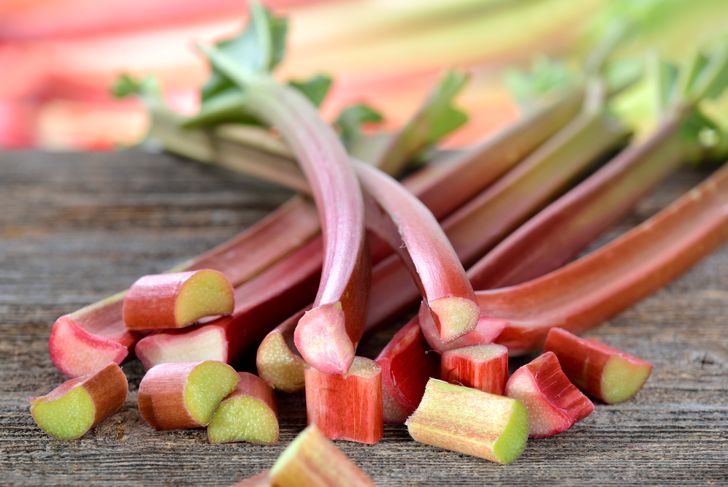 Traditional practitioners of folk medicine have long used rhubarb because of its anti-inflammation benefits. Chinese medicine practitioners, in particular, are well-known for their anti-infection properties. Rhubarb can reduce inflammation, especially as it is associated with infection. Studies in countries like China demonstrate that the plant has an antiviral effect that can also tamp down on cellular inflammation. Inflammation associated with indigestion is something that rhubarb appears to have the power to soothe. 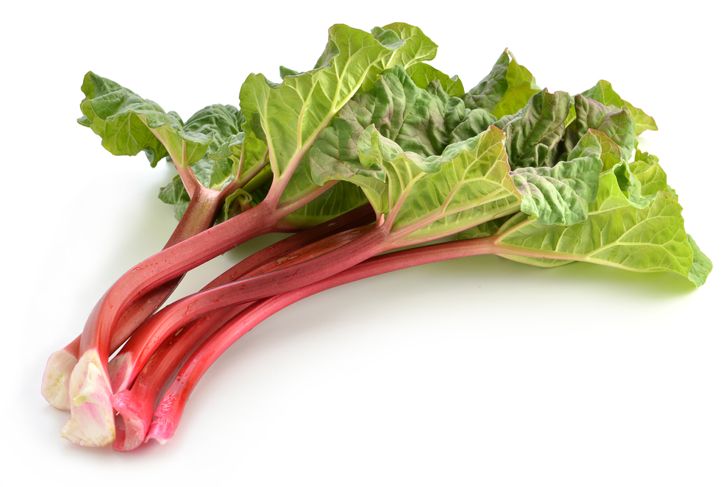 Rhubarb is very low in calories but is a good source of dietary fiber. That fiber content leaves people feeling fuller longer. In addition, it has polyphenols that can speed up metabolism and promote fat burning. Of course, eating rhubarb in pies or cakes where it is commonly enjoyed can cancel out those benefits. So, if you’re dieting, you’ll want to enjoy it without the unhealthy additives! Rhubarb also promotes regularity, which can enhance dieting. 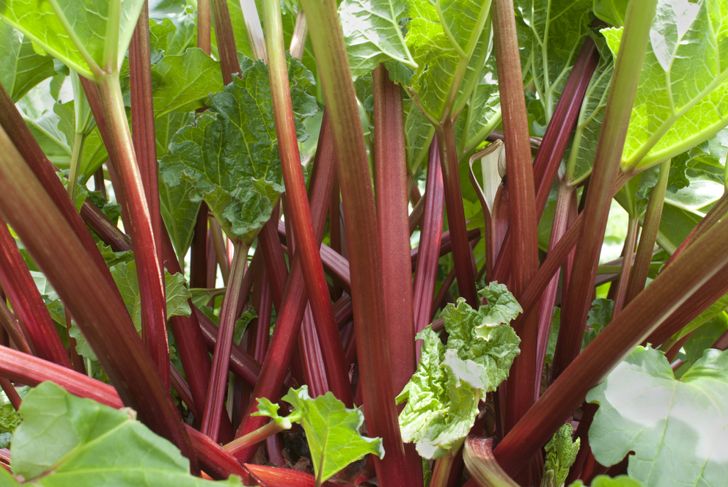 According to some researchers, rhubarb appears to have some cancer-fighting properties that make it well worth checking out. Studies have suggested that the vegetable can inhibit the growth of cancer cells and even induce the death of cancer cells. In this way, it may prevent cancer cells from metastasizing. Studies have demonstrated that rhubarb may have the potential for use in new cancer treatments and therapies. 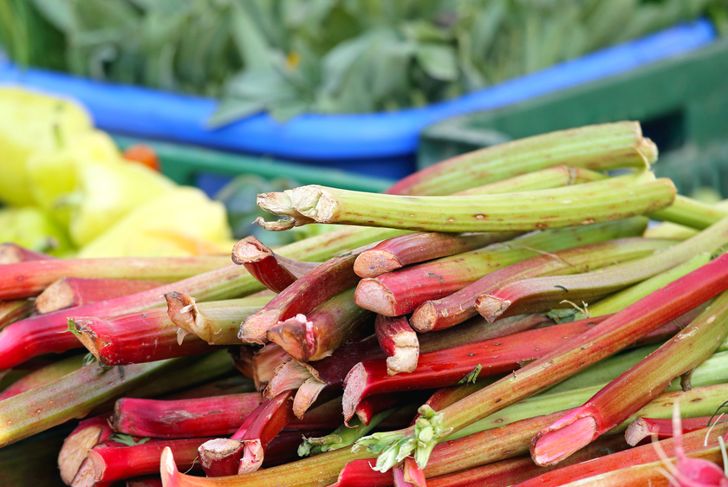 A diet that is rich in antioxidants can help keep the development of many types of diseases at bay. Antioxidants neutralize harmful free radicals that can cause healthy cells to mutate. These mutations and cellular damage can be the genesis of disease. Antioxidants keep free radical populations in check. There’s no way to prevent free radicals from occurring. Though they can be combated with a diet that’s rich in antioxidants. Free radicals occur naturally as the result of some types of cellular processes, but they also develop in association with environmental influences such as air pollution, cigarette smoke, and other toxins.

Related:
What to Eat Before a Run 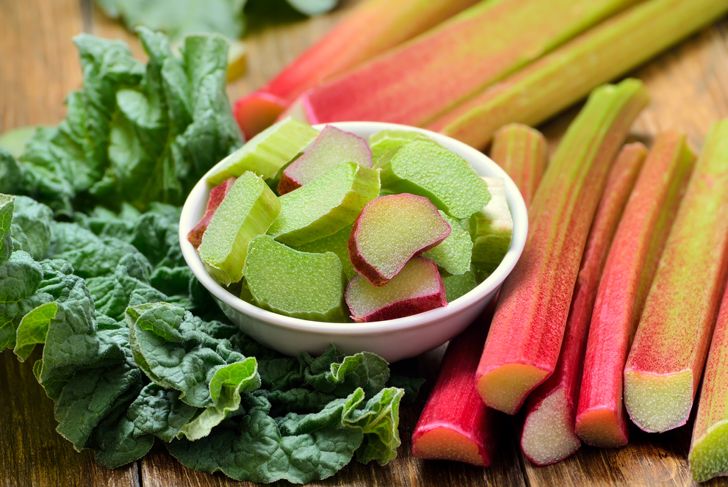 As if all those previous benefits weren’t enough, rhubarb can even enhance vision. This is because it contains healthy flavonoids like beta-carotene, which is essential for vision functionality. It also contains compounds that can delay or stave off eye diseases such as macular degeneration. To protect your vision, it’s important to eat foods that can keep age-related conditions at bay and prevent free radicals from affecting optimum vision health. 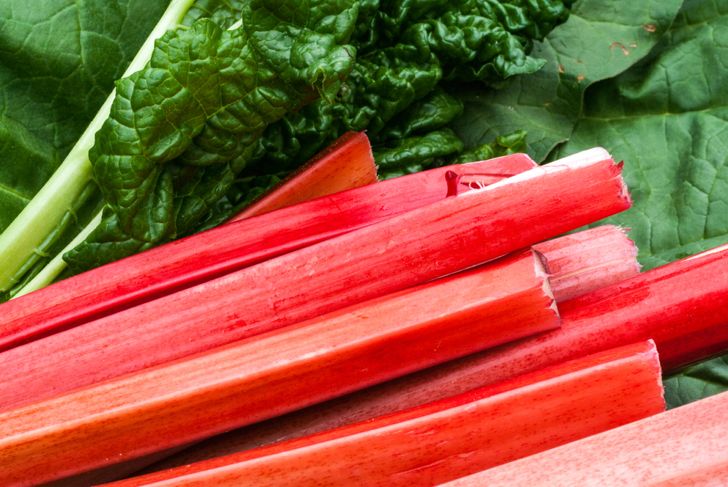 Effective Ways to Cut Back on Salt
178