It’s estimated that irritable bowel syndrome (or IBS) affects one in five Americans—or about 64-million people. The syndrome is associated with abdominal discomfort, with symptoms ranging from cramps and bloating to diarrhea and constipation.

IBS is often the result of significant stress. Typically, it begins during the adolescent years and rarely appears after age 50. The good news is that the condition is manageable. The key, of course, is to take care when deciding what to eat and drink…

Avoid Eating Too Much in One Sitting

The larger the meal, the more you’re asking your body to digest. For a normal person, consuming a lot of food in one sitting is asking a lot of the digestive tract—it’s like handing a bodybuilder a huge amount of weight and asking them to lift it. They can do it, but it won’t be easy.

People with IBS are at a disadvantage when trying to digest a lot of food all at once. That’s why they should try eating many smaller meals over the course of a day. Rather than having three square meals, make it five or six.

Related:
The Many Applications of Electrical Muscle Stimulation 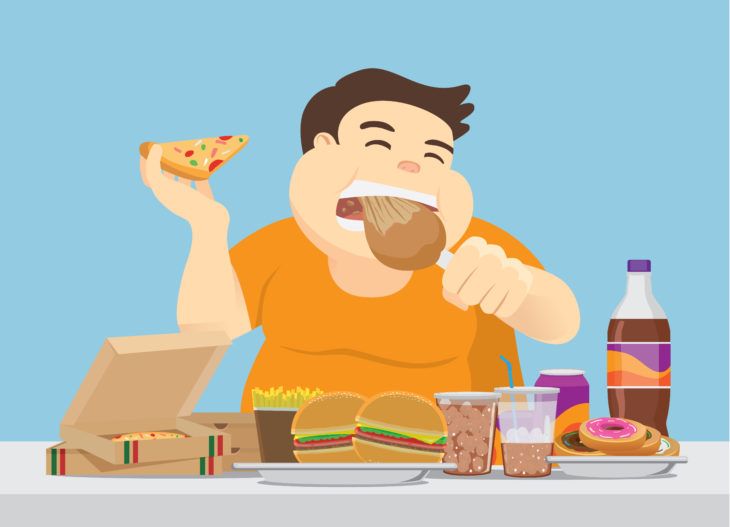 Chances are that, when you were a kid, your mom or dad insisted that you eat slowly and properly chew your food before swallowing. That’s important because it can help you avoid choking, but it’s also a good tip for people dealing with irritable bowel syndrome.

You see, taking your time to eat allows your body to better manage digestion. Shoveling food in your mouth is the equivalent of a stampede of kids rushing into school in the morning. Your body, and the teachers, can better manage the situation if everyone moves slowly and methodically. 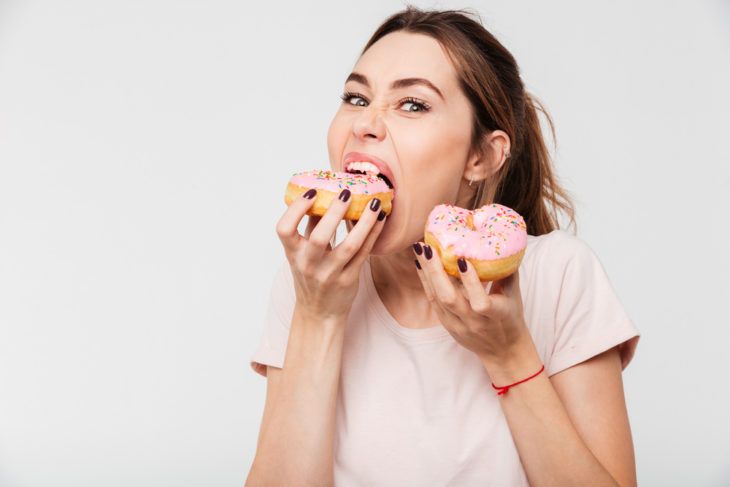 There are many reasons to avoid high-fat, greasy foods like fast food hamburgers, baked goods, potato chips, and chocolate. For one, they can lead to weight gain (though not all food experts agree on this).

For people with irritable bowel syndrome, avoiding high-fat foods is important because these foods are often taxing on the stomach and intestines, raising the chances of cramping, diarrhea, constipation, and overall discomfort. 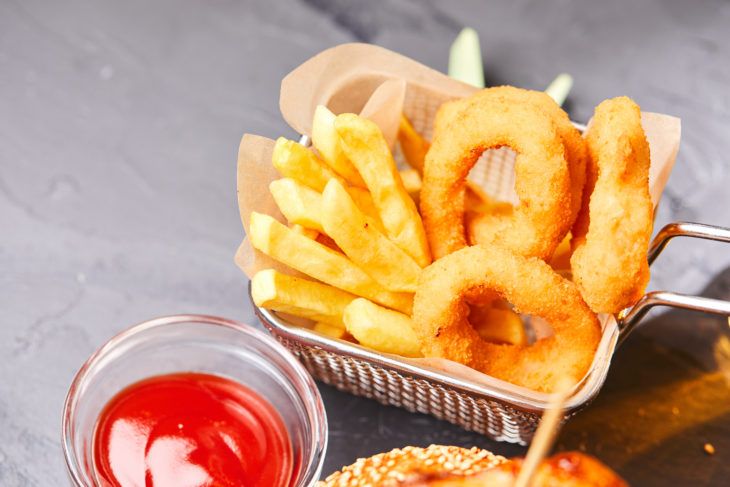 Take it Easy on the High-Fiber Foods

Just about every high-fiber product is advertised as being uber-healthy. And it’s true that fiber helps usher food through the body in an efficient way.

But too much fiber can pose a problem for people with irritable bowel syndrome. That’s because their bodies have a hard time digesting foods, especially those high in insoluble fiber. The trick is not to avoid fiber but to consume it in moderation. Don’t switch to a super-high-fiber cereal and expect to feel great the following day. 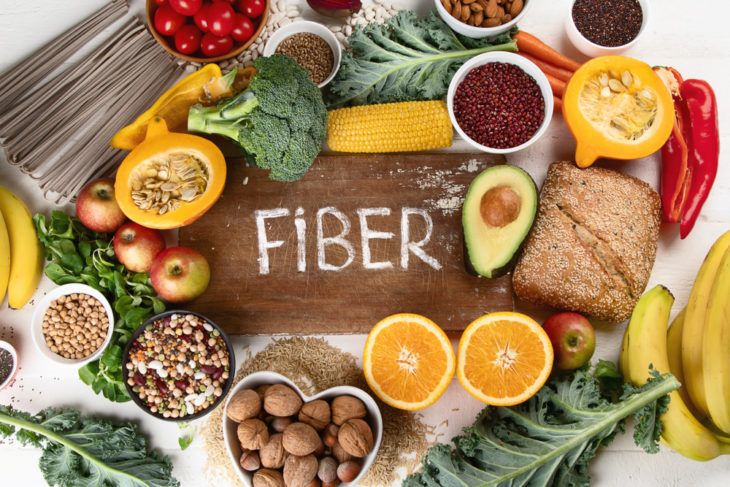 Everyone is different—some foods will prove troublesome, while others will pass through you without any issues. That’s why it’s important for everyone with irritable bowel syndrome to keep a diet diary carefully outlining which foods present problems, and which don’t.

Did those chicken wings make you feel nauseous? Were you surprised that the new cereal you’re trying didn’t cause discomfort? Keep note of these things and retrace your steps on a regular basis. 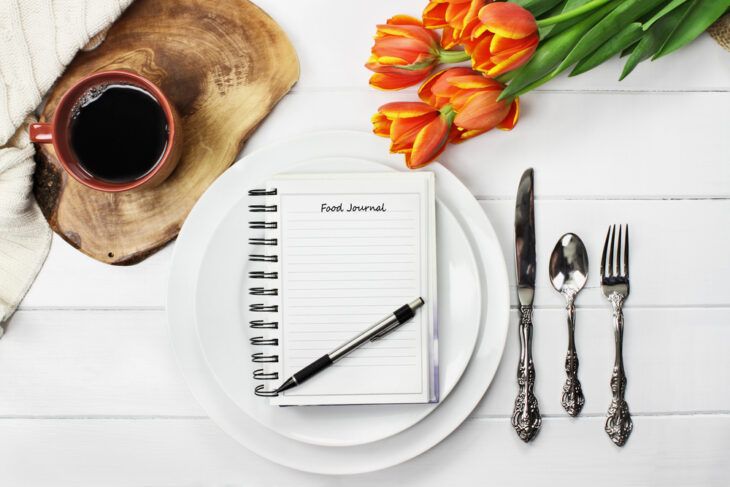 Don’t suffer in silence. If you think you may be dealing with irritable bowel syndrome, talk to your doctor. Seek out a full physical examination and carefully outline your symptoms. Don’t be shy—remember, your doctor can only help if you’re clear about your diet and the symptoms you’re experiencing.

Keep in mind that your doctor may order tests to ensure that infection, inflammation, or a tumor are not responsible for the symptoms. Tests range from blood tests to stool tests and x-rays. 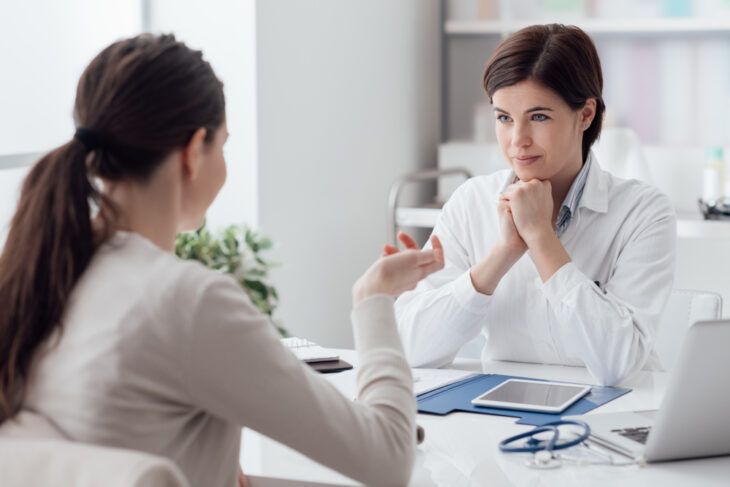 Many people struggling with IBS report experiencing discomfort after consuming lactose, which can be found in most dairy products. Lactose is present in most forms of milk, cheese, and yogurt.

That’s why it may be a good idea to try lactose-free dairy products. Most grocery stores carry lactose-free milk, cheese, and yogurt. They may be more expensive and could taste slightly different, but it’s an easy way to avoid the complications caused by lactose. 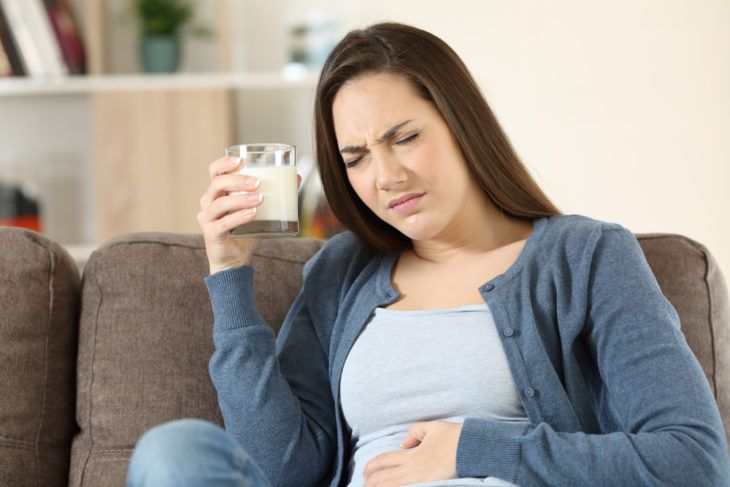 Limit Consumption of Soda and Beer

Carbonated beverages like soda and beer can present significant problems for people with irritable bowel syndrome. That’s because carbonated drinks introduce gas into the intestines, which can increase the feeling of abdominal bloating and discomfort.

You don’t have to cut these drinks out of your diet entirely, but it’s worth limiting their consumption to see if this reduces the symptoms associated with IBS. It’s also worth keeping in mind that soda and beer often contain high amounts of sugar and carbohydrates. 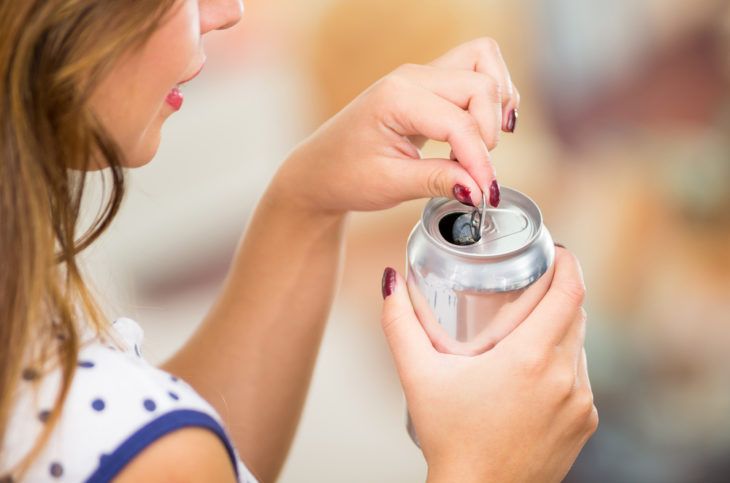 People with irritable bowel syndrome have very sensitive digestive systems. That’s why it’s best to obey the body when it needs to flush itself out. Don’t hold in a bowel movement—when it becomes clear this is necessary, get rid of the stool.

Otherwise, you risk inducing constipation. This, in itself, can present a problem because people with IBS may struggle to properly process laxatives, particularly strong ones (they may also become dependent on them). So, when you have to go…go.

Related:
Fun Ways to Get Moving and Stay Active in Wintertime 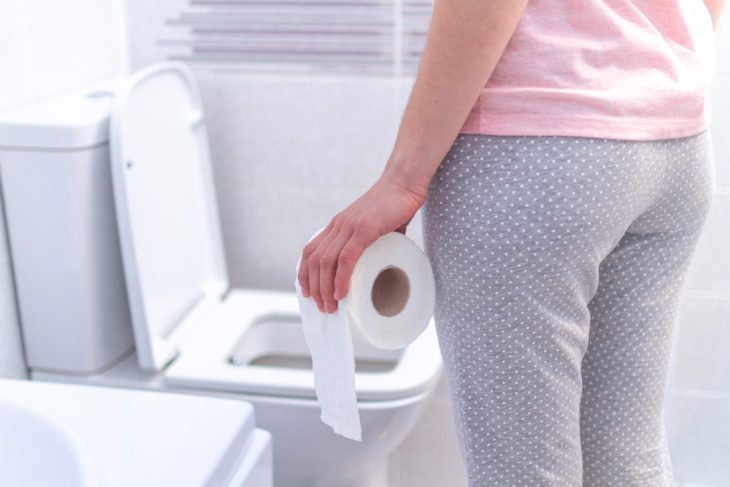 Effective Ways to Cut Back on Salt
170