What is the Nutritional Value of Salami and Is Salami Healthy for You?

Salami is a type of cured sausage that is made from a combination of ground pork, beef, or both, along with various spices and seasonings. This delicacy has been enjoyed for centuries in many parts of the world, and is a popular choice for sandwiches, charcuterie boards, and as an ingredient in a variety of dishes.

Salami is also a good source of iron, which is important for maintaining healthy red blood cells and carrying oxygen throughout the body. A 100-gram serving of salami contains about 3.5 milligrams of iron, which is about 20% of the daily recommended intake for an adult. 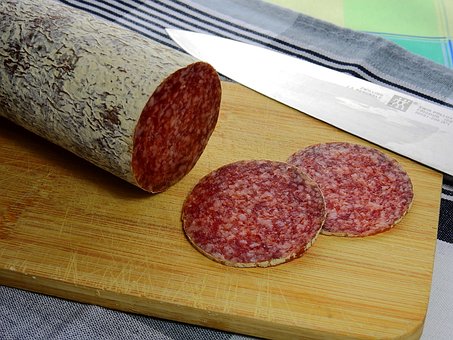 However, salami is also high in fat and sodium, which can be a concern for those who are trying to maintain a healthy diet. A 100-gram serving of salami contains about 35 grams of fat and 2,300 milligrams of sodium, which is about 115% and 96% of the daily recommended intake, respectively.

The high fat content in salami comes mostly from saturated fats, which can increase the risk of heart disease when consumed in excess. Saturated fats can raise LDL cholesterol levels, which is the “bad” cholesterol that can clog the arteries.

The high sodium content in salami can also be a concern for those with high blood pressure or other health conditions that require a low-sodium diet. Consuming too much sodium can cause the body to retain water, which can put extra strain on the heart and blood vessels.

In addition to these concerns, salami also contains nitrites and nitrates, which are commonly used as preservatives in cured meats. Nitrites and nitrates have been linked to an increased risk of certain types of cancer, particularly colon cancer. 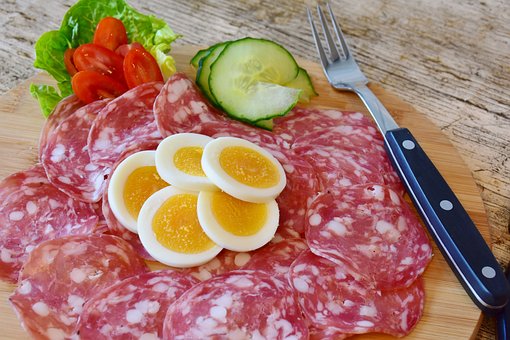 Related:
What is the Nutritional Value of Drumstick and Is Drumstick Healthy for You?

In conclusion, salami can be a good source of protein and iron, but it is also high in fat, sodium, and nitrites and nitrates, which can be a concern for those who are trying to maintain a healthy diet. It is important to be mindful of portion sizes when consuming salami and to choose varieties that are lower in fat, sodium, and nitrites and nitrates. Additionally, it is also important to balance the intake of salami with other foods to have a well-rounded and balanced diet.